I had part poured out my passion about religion and Queer Africans..., oh well, it was part venting on my part, and also pointing out that there are some (in my view) peerless advocates of the religious love for queer Africans.

Reading back is like tracking my thoughts through previously painful journeys. But they are done, and am happy about that. Had actually written a couple of other posts which I didnt post... and are now 'lost' where lost bits and bytes get to be 'lost'....

This extra-ordinary Gay Muslim and leader went through his own crisis of faith, and came out stronger. And, then he felt led to shepherd other Gay Muslims and lead them in faith. As a Moslem.

Now, if that doesnt beat courage, I dont know what would, really.
Because, on a day to day basis, his life is a trial. But it is also manifestation of the sheer power of faith for human beings. We believe what we believe, and for one to sway a person of great faith from their faith takes longer. Thats the why martyrs are made.

And, it would be presumptive of me to assume that because we are gay, there would be none of us queer Africans, to stand the gales of disapprobation from mainstream religions that are righteously homophobic.
Imam Hendricks is one such. And, I salute him.

Yes, We queer or gay Africans are also spiritual beings. And, asserting our faith, or right to faith, falls almost naturally into our basket list of 'things to do'.

But, there is more.

Bet you have heard of the convolutions that have gone through world Anglicanism when the American branch accepted a gay bishop.
What I didnt know, or had little appreciation of, is the fact that there has been another quiet but steady movement in the Southern African churches.

Desmond Tutu, Archbishop Emeritus of Cape Town and fiery advocate of inclusion for LGBT Christians, we all know. But, what has been his effect on the Church that he led?

Tutu is an extraordinary man. He has used his star power to campaign for what one would call 'liberal' causes, amongst which was one. The ordination of women. He follows the Church that he led, but will not stop himself from speaking out with an African Elder's gravitas when he feels something is wrong. Ask the ANC.....! (Photo Sarah Lee for the Guardian) 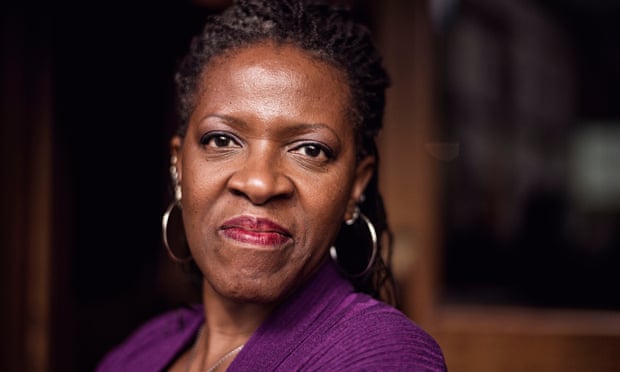 Mpho Tutu, the Archbishop's daughter, felt the call of the ministry, and was ordained in the US.

And, Mpho happens to be a Queer African. Brave as the dad, she allowed herself to fall in love..., with a woman...., and horror of horrors, a white woman!! An atheist!!
Mpho was married before, with a couple of kids. Gosh, the lady follows the Dad. Showing how faith can trump indeed all the shackles that we dare put to it. And, Dad and Mum supported her as she is. I salute you, the Tutu family.

Err, that was a teary diversion. They got married. Polar opposites.

“My wife and I meet across almost every dimension of difference. Some of our differences are obvious; she is tall and white, I am black and vertically challenged,” Tutu-van Furth.

“Ironically, coming from a past where difference was the instrument of division, it is our sameness that is now the cause of distress. My wife and I are both women.”

Marriage, the legal one, was in the Netherlands. But, they carried it home..., to South Africa. My people call that the 'introduction'. And, the whole family came out to honour the new marriage. That little tidbit thrills me. Here was a lady that was married, divorced, now celebrating a lesbian (Why do we go in for these damn labels?!) wedding, and the family was there to celebrate with them. This is the City Press' record of that occasion.


Mpho’s eldest brother, Trevor, and her daughters from her first marriage to Joseph Burris, Nyaniso (19) and Onalenna (10), were in the front seats.


The small crowd included ... Marceline’s daughter Pien (16), also from a previous marriage, and her father, Ralph. Pien lit a candle to commemorate Marceline’s late mother, Ghi.
Her (?Marceline's?) brothers, Wouter and Eric, had a turn behind the microphone to read The Apache Wedding Prayer.


Moments after Reverend Canon Mpho Tutu-Van Furth slipped a ring on Professor Marceline Tutu-Van Furth’s finger, guests at their wedding ...burst out laughing.
And Archbishop Emeritus Desmond Tutu’s giggle rang out over the Mont Rochelle Hotel’s terrace near Franschhoek, as his wife Leah rocked beside him.

Now, now, that was something wonderful. Two families united to celebrate the marriage of a couple. Celebrating a love that seems to reach out and break all kinds of differences and barriers. Goodness, to say they are polar opposites is an understatement!

And why get married?

What would lead to this need to bridge so many differences that at first would seem absolutely insurmountable? They are human beings, arent they? What is so strong that they can dare thumb the whole world in its collective face, maybe banking on Desmond and Leah's acceptance,...., but the world is not only our dear parents! Why, what drove them?

And, daring the world, they still had to bend to the very conventions that they flouted.
'The Arch', Desmond Tutu wouldn't officiate. But, he proudly gave a 'Father's Blessing'..., showing where his heart truly was.


Church sources said Archbishop Tutu had not given his public blessing for his daughter’s wedding to avoid any impression of forcing the hand of the church, where discussions on the same-sex marriages of both priests and congregants have been ongoing.

And, the knives were soon out. Sharp, sharper, and distressingly agile.
Before full knowledge in the media and the accompanying fracas, Mpho


was ordained in the Episcopal Church in the US and was “canonically resident” in the Diocese of Washington, DC.

“In terms of the canon, I must have the approval of my diocesan bishop to marry, which I have,” she said.

“With regard to the Anglican Church, I imagine it will resolve its position on these matters in due course,” said Mpho Tutu

The Arch didnt officiate....., hey, possibly he would have been untouchable....., he has that presence. But, he is also a very logical man. The ongoing discussions in his Church concerned him.

For the priest who 'dared' to officiate...., Charlotte Bannister-Parker, there were calls to resign her priesthood.....!


“has been subject to horrific attacks. The ‘inquiry’ into what she did hinges on whether or not the word ‘blessing’ was used in the ceremony at any stage. That feels so incredibly sad, that the church is allowing ourselves to be tied in knots by legalisms.
“What Charlotte was doing was praying with us. You can pray with a rapist, a murderer, a torturer – but heaven forbid that you pray with two people in love.”

And indeed, I ask myself, has the whole Anglican Communion truly descended to that kind of legalism?

But, Mpho also faced her own challenges. She gave up her right to officiate as a priest in South Africa, her own country.


Mpho Tutu-van Furth ...said the move had been forced on her following her wedding to a Dutch academic.

“The canon [law] of the South African church states that marriage is between one man and one woman,” she said in a statement. After her marriage, the South African bishop who had given her permission to officiate as a priest in his diocese “was advised that he must revoke my licence. I offered to return my licence rather than require that he take it from me,” she added.

She was “still a priest in good standing in my home diocese” in the United States where she was ordained..


“It was hard for me to give up my [priest’s] licence, it felt incredibly sad,” Tutu van Furth –  told the Guardian.
“My father campaigned for women’s ordination, and so every time I stand at the altar I know that this is part of his legacy. And it is painful, a very odd pain, to step down, to step back from exercising my priestly ministry.”


Yet, even in this trial, she might be an agent of change. Because, the very church which asked for her licence had the leader admit this below.


Cape Town bishop Raphael Hess said he was “vexed” by the need for Tutu-van Furth to renounce her clerical duties, but that he hoped it would be short-lived.
“The time has come for us to exercise pastoral care, for us to demonstrate a shift that is reflected in the law,” he told the Daily Telegraph. “At the moment she cannot [minister] and she has accepted that but we are hoping that there might be a window for us to change it.”


Agent of Change indeed, or at least the catalyst that precipitates the reaction?

That very normal, natural and accepted of human beings driving change to the acceptance of Queer Africans, in places of faith and out.

Because the post wandered wildly off its plan as I celebrated Mpho Tutu-van Furth's journey as if it was mine and was with her in the happiness.

I will stop here for now. Can continue for hours and hours. Love is such a beautiful thing...., and faith is such a challenge to it! Marrying love and faith....., no wonder Gay Marriage freaks out many!!!!

But, I will also remember that we live in the real world.

I will remember #NoluvoSwelindawo of Driftsands, Khayelitsha, who was pulled out of her house where she was living with her partner, and brutally killed. RIP Vovo.

Stigma is the real enemy. Those who dare to confront stigma like Mpho do us a massive service, challenging it in places where we would not be able to speak, which has ripple effects to places like Driftsands, Khayelitsha.

Mpho's win would be a win for Queer Africans. For now, we squat and mourn #NoluvoSwelindawo. In a world that had no stigma to who and what you were, you would have lived beyond 22 years of age. RIP, Vovo

Posted by gayuganda at 7:10 PM