These are our stories, stories of official oppression and persecution, with the happy blessing of the ‘authorities’. Stories which usually didn’t get out…,

Or, they would be published in the likes of the ‘red pepper’ in Uganda, tabloid journalism geared towards hyena like savagery of the victims of assault.

The 09th Oct 2016. Sunday evening, very early Monday morning. You are a gay Cameroonian. And you want to go meet the lads. Just sneak off to a place where you can take a beer, look at lovers, former, current and future, flirt, laugh, in relative safety, in a country in which it is criminal to have gay sex.

You are gay. And, you think, today, at least I might meet someone. Maybe the love of my life- so we go have our closeted heaven on earth. Or it is just that, for a few hours in the long week, you want to be somewhere where it will not matter that you are gay, no one will condemn you, and you will complement and be complemented. Laugh and be laughed at, by people who are like you, and not condemning you. Somewhere you think will be safe.

So, you head across town to Mistral bar in Yaonde, capital of the central African country of Cameroon. 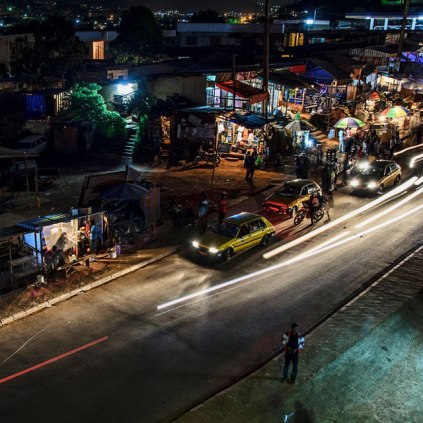 But the police have long laid a trap. And, today, they are waiting for you to stumble into it.

3 am. Time you went back home, right across the city? The new boy you just met has at last agreed to follow you home, reluctantly. He is beautiful, and you have promised each other more than just the few stolen kisses, maybe.

Or, it just might be time to slip back into your closeted 'normal' world...., sigh.., until the next week.

Police at the front entrance. (Quick!! Back exit? Sorry. Sealed.) So, you are all under arrest. The Commando operation is done, netted. Homosexuals.

What is our crime? Assumed to be gay in a country where that is stigmatized. Is unnecessary to be caught in the act, even kissing. Just assumed to be gay. However agonisedly you protest your innocence

In your future, imprisonment, ghastly exposure. Lost job, pariah in the community, landlord chasing you away...., you are evil. Presumed homosexual, and guilty from now henceforth. Oh, pray deities the family doesnt get to hear of it.....

Police patrols were stationed at every corner of the cabaret— in front, beside, inside, behind.
As if it were a commando operation, armed police searched inside the bar for people hiding there. Some bar-goers tried to escape out the back, but another police truck was parked there.
At the time of this writing, it’s unclear how many people were arrested and where they were taken — reportedly some to the 4th district station, some to the 14th, some to the 16th. Also unclear is whether charges will be filed against those who were arrested, such as for violations of loitering laws, and whether the raid was an anti-gay operation or merely an attempt to impose order on a rowdy part of the city’s nightlife

And, you end up not going to work on Monday morning, but heart stopping nightmare, arrested at a reputed gay bar!!!! And, that nightmare is just beginning.

These are the lived realities of many gay Africans. Gay Cameroonians have tended to take these risks of life for granted. But, at least there is an article in Pinknews UK.

And, there are gay Cameroonians able to document and get the word out… Thanks to some brave, anonymous activists
“The author of this article is a LGBTI rights activist inCameroon who writes under a pseudonym.”

And their wonderful partners from 76Crimes.com