What does one do when one is outed?
Kind of funny. The panic that an 'outing' induces in us kuchus.
Funny in retrospect. One has to go through it to know what it is. But, after some time, it kind of becomes yesterdays news. For some of us.
Last week was talking to a guy who was kicked out of home when his sexuality became known. He dropped out of university, father not prepared to pay fees for a homo son. Yet the pressure didnt stop then. Relatives want him out of the country, as far from them as possible.
For him, life suddenly took a tangent that he had not dreamed of. And, a couple of years down the road, and he is still reeling. He wants out of the country.
Sunday, we were with a friend when we learnt that three of the papers had outed some people.
He is a professional, with a budding carrear. And, suddenly, he was unsettled. Jittery, wondering whether or not his name appeared in the unprecedented three papers outing on the same day! Wondering how it would affect job, earnings, carrier, just the whiff of scandal from the most gossipy of rugs in the country. But this the most damaging of rumours... gay in Uganda! His fear was contagious. At midnight, he wanted to go search for a copy of the filthy rugs, to confirm or not that he was amongst those outed.
Fear. That is an almost crippling feature of any outing happening, however it does. Worst is when it happens in the papers.
[Wonder about the people who are 'outed' when they are not gay.... what do they do? If they can fight it, like Pastor Kayanja.... they do. Guns blazing. To be known to be gay in Uganda is instant social suicide.]
I, we have become used to it, me and my partner. Has been too often. And, now I discover that, at work, and my family, well, they know.
His family, mom knows because he told her. Dad-in-law is a problem. Havent yet figured out how to break the news. For us an outing is a deja-vu, a feeling of, here it comes again. And, we just have to go through with it another time.
So it is today. For me, for us.
The guys who write about us for the simple buck, the quick shilling, they don't think more than beyond the fact that they have sold an extra copy of a very bad wanna be newspaper. They are actually happy, because they believe that they are doing the country a favor. What did Giles Muhame say? They want to put us in the newspapers, with our addresses, so that the police comes and look for us, and we are charged. And, of course hanged.
Hang, as in the judicial, hanged by the neck until we die.
Very good Christian, that guy Giles. A fitting disciple to Pastor Martin Ssempa. And, I am given to understand that he attends Makerere Community Church, pastored by non other than Martin Ssempa. So, any suprises there?
But, let the anger and bitterness go.
Here is a personal story in which I happened to get involved. Guy called Moses Mworeko, who happens to be in the US just now. It first appeared in Metro Weekly. 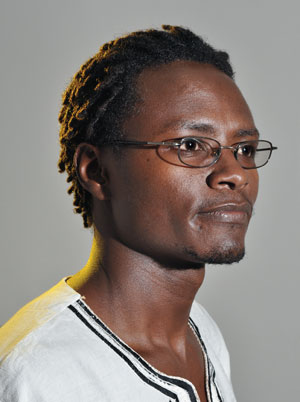 MW: Did you have any reason to think your guardian might have suspected you of being gay?

MWOREKO: No. People would comment on my behavior, my lifestyle, and it would just stop at that.

But this one day, I was in his office accessing the Internet. I was communicating with my boyfriend. My guardian called for me abruptly while I was in his secretary's office. I knew I was coming right back, but as soon as I went to his office, the secretary came in. She read my mail. When I came back, she said, ''Moses, were you the one on my computer?'' I said yes.

MW: This secretary, did you know her very well?

MWOREKO: I did. She had worked for my guardian for many years. She was my friend. I was part of that group who worked in that office. But when she saw this, it ended with her intimidating me and threatening to report me to my guardian. Of course, she knew the consequences if she reported me to my guardian or to the school officials.

By then, I was also a student. After I'd earned my bachelor's degree, I decided to enroll for my master's in public health. So I was teaching and a student at the same time.

The rules and regulations were so clear about homosexuality. The moment they get you, you are expelled from school. If you are an administrator or staff, then your services are terminated.

MW: Would they inform they police?

MWOREKO: No, they would just expel you. Just get rid of you.

MW: Did she tell your guardian?

MW: When she called you to her office, did you know it was for the accusation that you were gay?

MWOREKO: No, I did not know. I thought it was for our usual conversations we would have. But with her tone, the way she spoke, I thought, ''This must be something different.'' All of a sudden, of course, my mind went to that. Then she said, ''You need to confess and we have to have some counseling for you.''

I said, ''I have nothing to confess, and I don't need any counseling because I don't have any problem.''

MW: Were you frightened?

MWOREKO: Definitely. I was thinking of my job, my career. If I'm expelled, what next? It was going to be catastrophic.

So I said I didn't know anything. She said that if I didn't confess to her so that she could put me on counseling, then she would report me to the administration. I think she was trying to put herself in a better position: If she didn't confront me to confess and the school administration knew about it before she reported it, then she would be in trouble. But I denied everything.

In the time since graduation, even before that, my guardians and aunties had started telling me, ''You have to get married, because you are the firstborn and you need to bring a wife who is going to be at home in the village.'' So when all this was going on – reporting me to the administration – then the marriage issue also came in. It helped. I went to my guardian and I said, ''Okay, I think I need to get married.''

MWOREKO: I had never seen her, but my guardian knew her dad. They went to school together in Kenya. He's also an Anglican priest. They organized it.

I saw the girl for the first time, and we talked. She was ready for marriage. My guardian called her and told her she would have a great responsibility if we got married: ''Moses is the head of that family and you will need to take care of those people.'' She said, ''Fine, I have no problem with that.''

MW: How long did all of this take?

MWOREKO: It was just a short period of time. Everything was just happening – boom, boom, boom. [The dean] took about two months to report me. It was in bits, in just half a year. When the administration called me, I said I was not gay. The dean of students was given the task of following up the case. Then it was the counseling department. I kept reporting to those people, so there was no way they could terminate my contract, because they had no proof. I expected her to submit [the e-mail] proof, but she did not. When it came out that I was to get married, I think she was like, ''No, let's not....''

MW: And you got married?

Being outed, outing is a very, very personal nightmare. And, it happens to many of us. An almost inevitable right of passage for those of us who dare live in the glare of the public eye.
My heart, my mind is with all kuchus who were so badly outed, splashed, naked on the pages of the Rolling stone in Kampala yesterday. And to those about whom lurid stories appeared in the other excuses for papers.
And please, if you do know guys who were outed, remember that the nightmare can be very personal and long lasting. Talk to them. Find out whether, when you can help. And, do help.
gug
Posted by gayuganda at 1:42 PM

Just wanted to let you know that we in Europe are aware of what is currently happening in your country and try to relay as much information as we can. I posted the above article on my blog and hope it will be read and shared by many.

Thanks to you gug...I just saw you on the CNN Interview, it was fun hearing you speak and listening to you chat so comfortably about a very difficult personal/national circumstance...you were exactly the same friend I´ve known for several years via your blog...you have many great friends throughout the World...I´m glad to be one of them in Central America.

I am so sorry that these things are happening to you and your community in Uganda. I am going to continue to focus my attention on this story in my own blog. Don't worry, the world is fighting for you.

Saw you on CNN. There's a lot of attention being paid here in the States as we feel ourselves to be more than a little responsible for the position you all find yourselves in.

Saw you on CNN. Yes, there is attention being paid here, as there should be. Can only hope it does some good and keep working to improve things here.

Hey Dude - message from a straight guy in South Africa. You are much admired. Our thoughts are with you.

My name is Maria, I'm Spanish and here we know the big issue that are
from the gay community in Uganda.
My sympathy to you for being so brave and all encouraging.
I do a blog post with this subject today.

http://www.youtube.com/watch?v=Znf6Uy3IRJ8
Onward Christian soldiers matching as to war...
As an "outee" i will always do my best to shout loud that i was "outed" by the "outers"- the unloving, uncaring, insane people, my friends, relatives, family, employers, colleagues, peers, church leaders, government...and the list goes on...
This is just the beginning...
Thank you P for your bravery. You are not alone