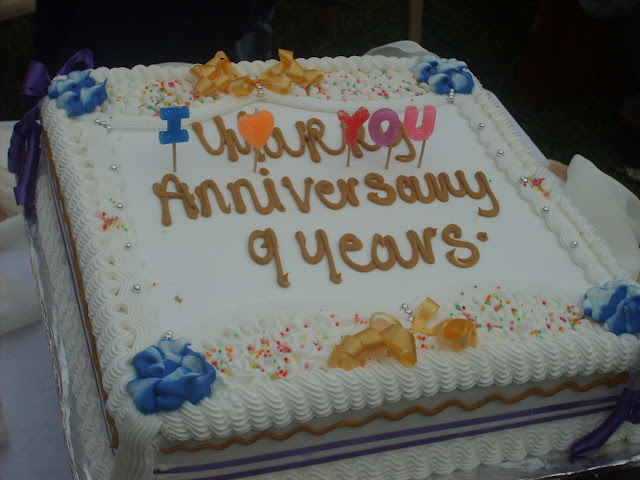 Posted by gayuganda at 9:10 PM

@GUG:
You know, later, we'll be back at slinging words at one another. But, for now, I'll do the sensible thing. Grudgingly, I think. Envyingly, even.

Happy Anniversary. (That's twice as long as an American marriage lasts, on average. Heterosexual marriage, I mean, the original thing.)

By the way, I still can't quite believe that guy sent you a copy of that mail. I'm thinking he believes it to be a masterpiece of Christian clarity.

grudging or not, thanks for the backhanded compliment.

Ssempa and the emails? Of course he sent it. Why do you think I should not be truthful on that? Oh, he had to have a reason. I assure you he did...!

No. Before you ask straight out. I am not releasing it to you...!

Gug, belated congratulations for your 9th anniversary together. Your account of meeting and gradually growing together is very emotional. It is a testimony to gay love and fidelity that many Christians who despise us would do well to read.

Telling your story here, as you do occasionally, is an important background to the amazingly researched and extensive reports on the progress of the bill - thanks, my friend, for your loving and living and courage.

If this isn't true love, I don't know what is! Happy anniversary!

Happy anniversary! Hope the cake tasted as good as it looks. I raise my glass to you both for many more years together...