Frankly, the scenes at Kasubi make me apprehensive.

All my instincts say the Kabaka, the King is a mortal human being. But, the fervour of his subjects denies me that conclusion. It is a little bit frightening.

The crowd was mammoth on Friday. The security forces from the central government were not in attendance. I think the fact that the President had been abused, in public and the anti-government fervour was very much in evidence convinced the government to draw back and let the Kingdom loyalists have their day.

The consequences were not pretty.

Crowd control was not one of the things that the Kingdom could do, or planned to do. 2 dead, and many injured. In a stampede to see the Kabaka, a king who in the crowds estimate is as powerful as any medieval potent e.

Here is another pictorial. All from the Monitor website. 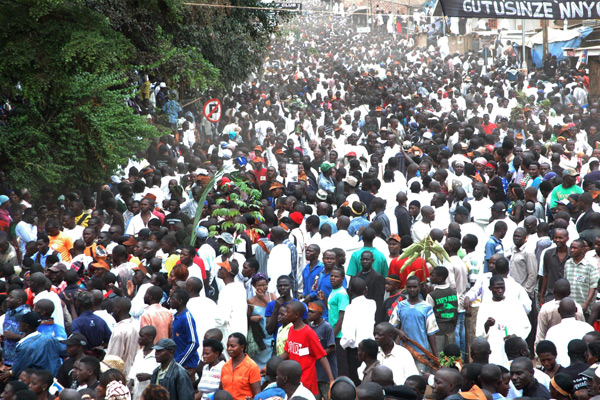 Waiting crowd. In truth, mammoth. And, was it just 'thousands'? 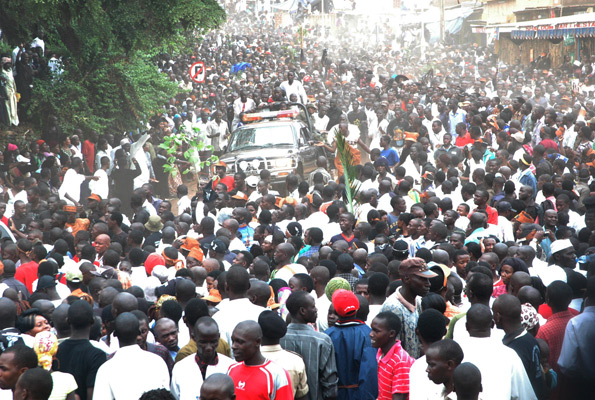 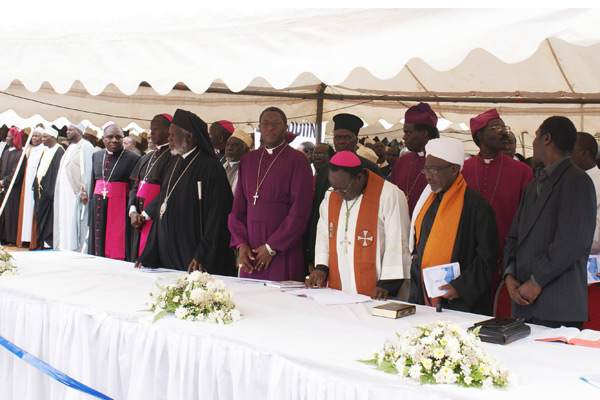 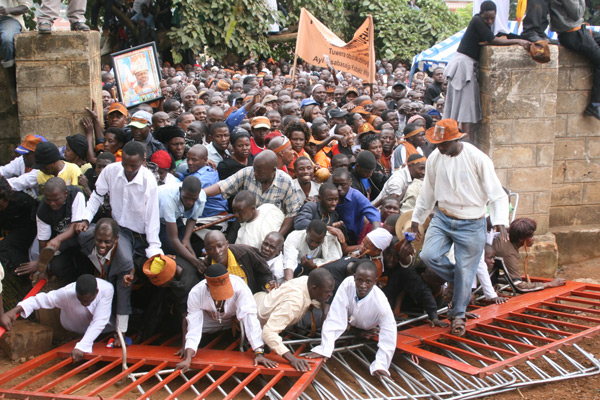 Beginning of the stampede. Crowd breaks down the barriers. 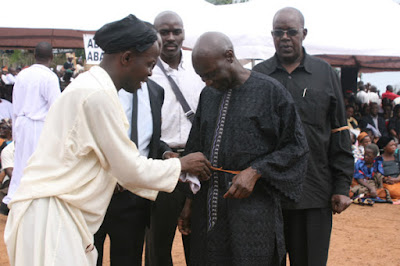 A day for the opposition. Otunnu was stoned on Wednesday. But, Friday, he was a darling. 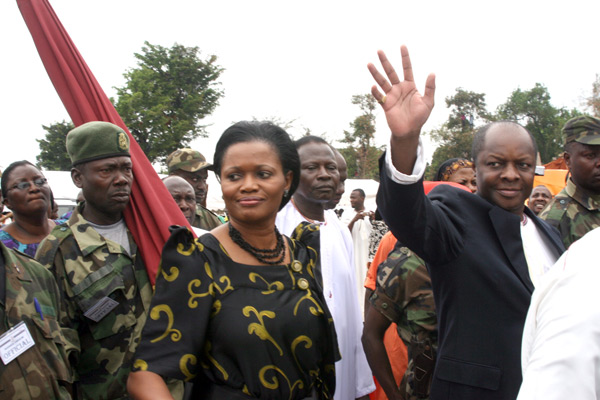 The King, and the Queen. 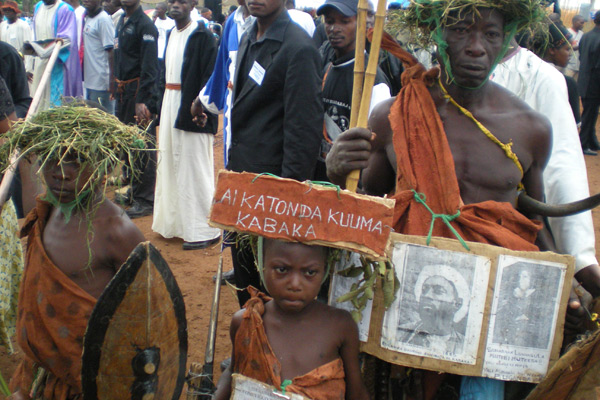 Homage, in another way. 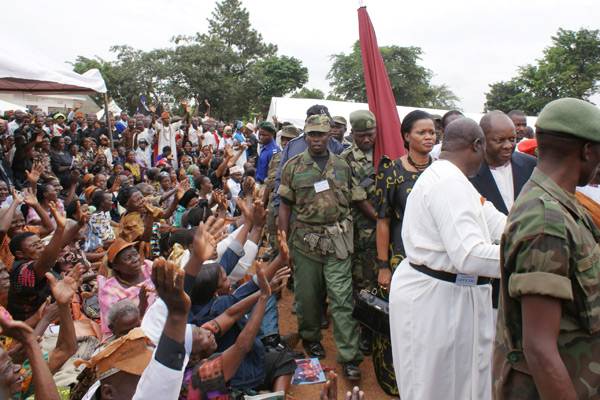 Adulation. On their knees. Hands up, reaching out. 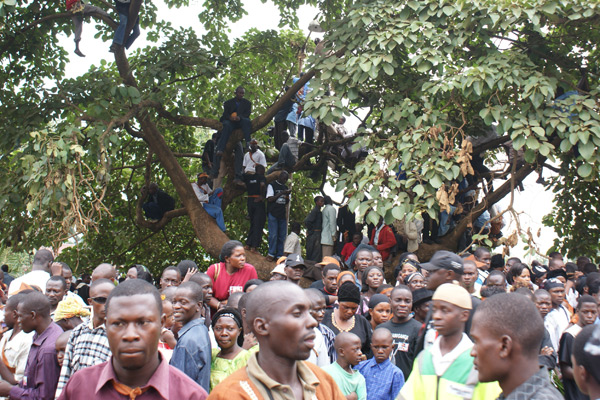 The Kabaka doesnt speak much. Not traditionaly. But this time there was another constraint. The crowd was surging to see him. Crowd control was non existent. Thank the gods there was no police, because what happened with the President, shooting into the crowd, that would have happened again, I have no doubt.

But, it happened. Stampede. And, at least 2 died.

I dont trust what the New Vision reports. Disinformation in many cases. But, I do think the Daily Monitor is objective. Here is the story.